Welcome to the first ever in the UK marani museum which includes the wine tasting hall Henry’s Marani. Marani is an elegant yet somewhat unusual Georgian word meaning “wine cellar”.

It was precisely in Georgia that the wine culture was born some 8,000 years ago. The Georgians started making wine in what was later established as a traditional way of wine making – in Qvevri, a cone-shaped clay vessel buried in the ground.

Henry Mchedlishvili, Georgian by origin was importing  Georgian wines to the UK since 90th, two years ago he decided to built his own traditional Georgian Qvevri winery and museum in England and make  qvevri wines in the UK.

In 2013 the UNESCO enlisted the wine fermenting technology in Qvevri as Intangible Cultural Heritage.

As is the way in life, societies and civilisations have developed, changed and seen many dramatic changes over the 8 millennia; however, the Georgian nation has nurtured with love their wine making tradition and preserved it for posterity.

You can now experience this tradition of wine making in its original form at the wine department of Plumpton College in Sussex.

It is doubly pleasing to know that the marani in Plumpton College is already up and running. You will be able to find out about various historical samples of Georgian wines as well as taste wines matured in Qvevri, orange wine along with English sparkling wine to name but a few. We also keep wines which we specially chose and brought directly from Georgia for you.

We are happy to host you at any weekend of your choice. Just let us know a convenient date and time. We can arrange transfers from London for groups of 10 or more.

We are pleased to invite you to a private visits, guided wine tours and wine tastings.

project is supported by 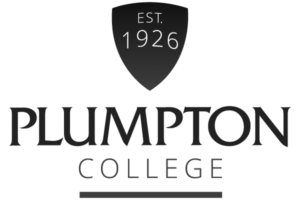 "I am so happy to make wine with HenrysMarani here in the UK. I am passionate to share the magic of Qvevri and am looking forward to making amazing future vintages with them"
Giorgi BarisashviliProfessor of Wine, Georgia

When HenrysMarani approached Plumpton to support this innovative project we jumped at the opportunity. I am very much looking forward to tasting the first natural qvevri wines made in the UK and seeing how they will continue to develop over the coming months.”
Chris FossHead of Plumpton Wine Division

A light, straw coloured wine, boasting sweet and gentle white fruits with a crisp and balanced palate.
No skin contact.

An amber coloured wine boasting sweet and gentle white fruits with a full body and hints of cherry and gs.
15 days skin contact. 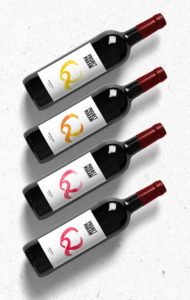 "The Merlot was fantastic; Black plum, ripe black cherry, beautiful earthy branches with chocolate spices. Very gastronomic. I like the texture and the aftertaste is long. From the Ritz menu would pair with game."
Giovanni FerlitoSommelier, The Ritz

"My favourite was the Amber Trebbiano, with maturation on the skin. Very complex wine: ripe apples, finishing with dry apples. I would pair with our Sweetbread (brains) and black truffle dish."
Giovanni FerlitoSommelier, The Ritz

"My first option is the Trebbiano - ode de vie in the wine version. I would choose cold fat meat for this wine. Good acidity in wine will cope with a fatty meat dish, maybe various kinds of salami."
Richard BampfieldMaster of Wine

"Merlot - because it is different and I do not like Merlot in general. The fact that the barrel was not used is already interesting. A new story is being created with Merlot here. I would leave this wine for additional storage for around 5 years, but I would open it after another 2 years for inspection."
Angela ReddinWSET Dip 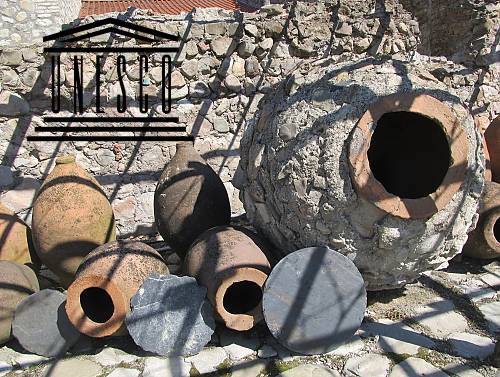 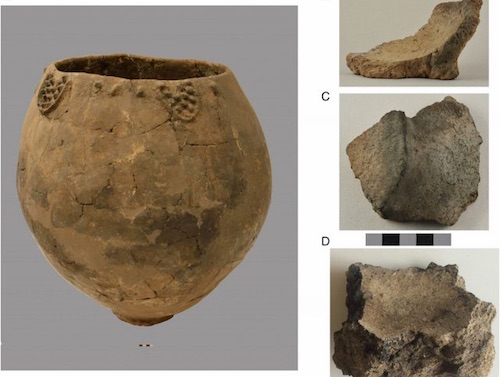 The oldest evidence ever found of wine made using grapes has been discovered in Georgia. Some 8,000 years old… 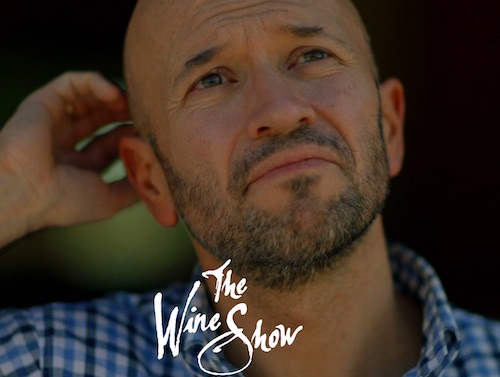 QVEVRI WINEMAKING ON THE WINE SHOW

Joe Fattorini is in Georgia to uncover the ancient traditions of wine making that point to this country being the birthplace of wine!